HomeUncategorisedGENETIC DISORDER: WHAT ARE THE POSSIBLE RISKS THAT MY BABY COULD INHERIT? 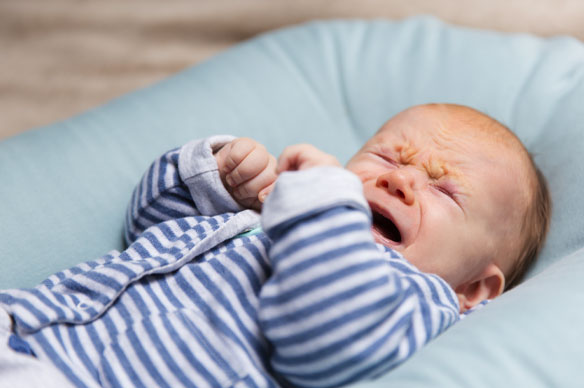 GENETIC DISORDER: WHAT ARE THE POSSIBLE RISKS THAT MY BABY COULD INHERIT?

In Singapore, genetic tests are done at your discretion. However, it is noteworthy that doing this can serve as a head start for both you and your child. Checking through your family’s history may cause you to raise your brows and ask questions especially if there are family members with preexisting genetic conditions.

One fundamental importance of going through genetic screening is to keep you abreast of any possible conditions so that you’re not taken by surprise.  This is so that you may engage in the various preventive healthcare methods to better manage genetic conditions.

THE POSSIBLE CAUSES OF GENETIC DISORDERS.

The reason for a genetic disorder may be due to the abnormalities ingrained in the genes, or another possible cause can be streamlined to the number of Chromosomes in the body. Furthermore, studies have shown that one major cause of genetic disorders is a problem created by a defective gene, which is known as the “Mendelian” gene.

These classifications help to expound your scope on gene defects, and they are as follows:

Those who possess recessive genes are unlikely to be aware of this fact, especially since there may be an absence of any manifestation. Still, for a baby, if a pair of parents carries or possesses the same abnormal gene, then it is almost sure that for every pregnancy for an expectant mother, there is a 25% chance of your baby emerging with a genetic disorder.

WHAT ARE RISKS OF BEING A VICTIM TO GENETIC DISEASES?

According to the information garnered from years of studies, most individuals run a minimal chance of falling prey to inherited genetic abnormalities.

The factors responsible for a possible increment are ethnicity, cultural heritage and family history. Specific genetic abnormalities are prevalent in some races. Statistics show that some African genetics possess Sickle Cell traits, while 1 out of 25 Caucasians of European descent possesses the cystic fibrosis mutation gene. Also, Asian lineages have the thalassemia gene, which involves an inherited type of blood disease.

WHEN IS THE RIGHT TIME TO DO THE TEST?

After reading the details mentioned above, and you notice that you subscribe to a particular group, as a pregnant woman, your obstetrician will likely direct you to enlist the advice of a genetic testing facility or genetic counsellor.

However, these points are to be considered and can help you know the right time to seek out a reliable genetic testing facility or genetic counsellor:

● If you and your partner have run a test and it shows that you both possess genetic disorder.

● After having a screening test that shows a possible foetus defect.

●Or if you have been victim to more than three miscarriages.

In the past, blood samples were the universal human element used to perform a test that involves genes screenings, also known as DNA.

But with new technologies today, there are both prenatal and postnatal options that are available to your child. Beginning from the 10th week of pregnancy, you will be able to do a blood test on the mother to even find out the gender of the child as well as the ability to pick out chromosomal abnormalities and conditions such as down syndrome. Some companies offering this can even be performed on people expecting twins.

In terms of postnatal screening, you can do a full panel screening from just a simple swab of the saliva once your baby is born. Other non-invasive methods include your baby’s urine and residual umbilical cord blood.

It is of the essence to keep in mind that genetic screening should be by your free will. A fundamental feature of the whole procedure is to keep you abreast of the condition of your child. Its outcomes, either positive or negative, allows you to come to terms with certain convictions and help you to make decisions in preventive healthcare methods.

As the wise saying goes, prevention is better than cure.